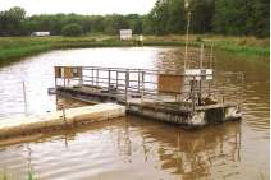 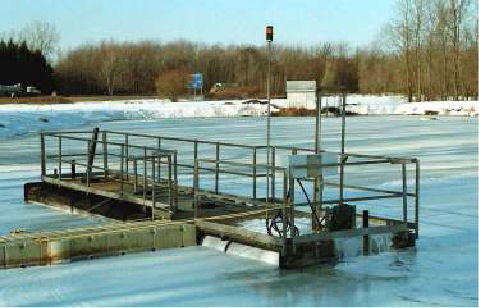 A cheese manufacturer with a 3 million gallon lagoon discharges onto an adjacent meadow. During winter operations the lagoon is covered by ice and snow, but starting in the spring it begins to establish an active green algae population. With fluctuating BOD loading from the collection tank in the factory and a pH range of 9.8 to 11.6, odor and BOD levels became a significant problem.

A TVT-bio system was installed in place of one of the two 5hp splashers near the discharge pipe; the second splasher, located at the far end of the lagoon, remained for continued circulation and aeration. When the temperatures in the lagoon reached 55 degrees F, applicaton-specific bacteria were added.

Within three weeks the odor was eliminated and the for the first time, no odor was noted during summer operations. In addition, the BOD was reduced by 73% over a few months. Dominant green algae have been replaced by the application-specific bacteria and the lagoon has been converted into a secondary aerated treatment lagoon. 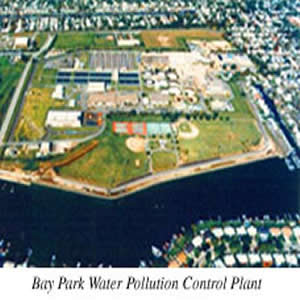 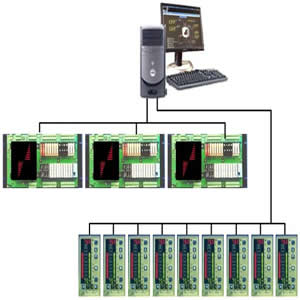 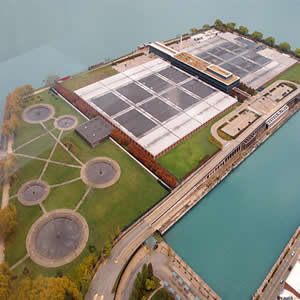 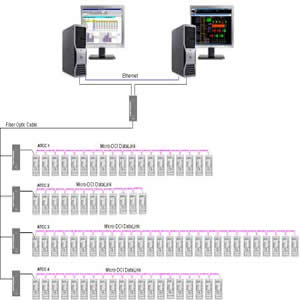