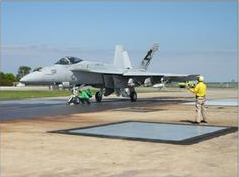 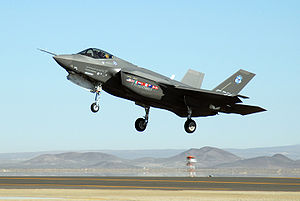 MicroMod’s MOD 30ML controllers are firing up the boilers to launch the new F35 Joint Tactical Fighters at the Pax River Naval Base in Maryland, where pilot training and equipment testing will began in early December 2009.

The fighters are designed to be launched from the decks of aircraft carriers with the aid of a hydraulic catapult mechanism. The hydraulics are powered by steam accumulators which are filled from two 26000 pound, 825 psi subterranean boilers. One large single-shot valve releases the steam pressure for the launch, and the accumulators must be back up to full load in 4 minutes. With such a huge load swing, tight control of the steam boilers supplying the accumulators is critical.

Combustion control for the oil- and propane-fired boilers and steam drum level control are provided by the MOD 30ML controllers. A Micro-PWC HMI package provides graphic operator interface and information management. American Combustion, the contractor, provided the engineering, installation and startup services; they were impressed by the control package offering of MicroMod’s representative, Flow-Tech.