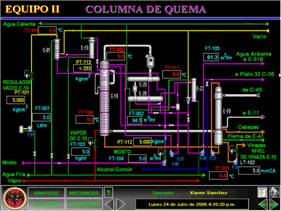 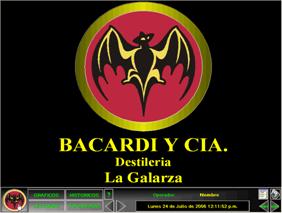 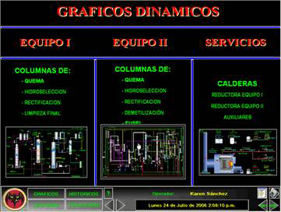 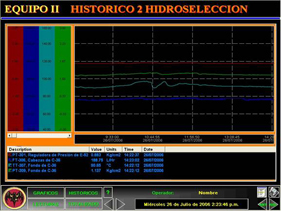 The Bacardi y Compañía distillation plant in La Galarza, Mexico has undergone many modernizations and upgrades since its original construction in 1956. The latest is expected to save them $500,000 per year in production costs and an additional $200,000 in maintenance, as reported in an article by InfoWeek.com.mx. The new technology, which included process equipment, MicroMod Automation’s MOD 30ML controls, automatic valves, and GEN-32 software from Iconics, Inc. made it possible to cut fuel consumption by 60%. Master Distiller Jose Sánchez Gavito is quoted in the InfoWeek article as saying that before the upgrade it was necessary to use half a liter of fuel to make one liter of alcohol or distillate; now they use less than a quarter of a liter for the same amount of product. Bacardi y Compañía expect to recover their overall investment in two years.

IMEICO Industrial, who installed the original Taylor MOD 30 control system, advised Bacardi on the level of automation and performed the design, procurement, installation and startup of the new system. IMEICO also provided detailed training and application-specific documentation for Bacardi personnel. The new MOD 30ML units control the distillation process and the GEN-32 software provides graphics, real-time and historical trends, and reports. The process and infrastructure are monitored in real time, and the addition of automatic quality control has eliminated the former need to reprocess 10 per cent of the plant’s production.