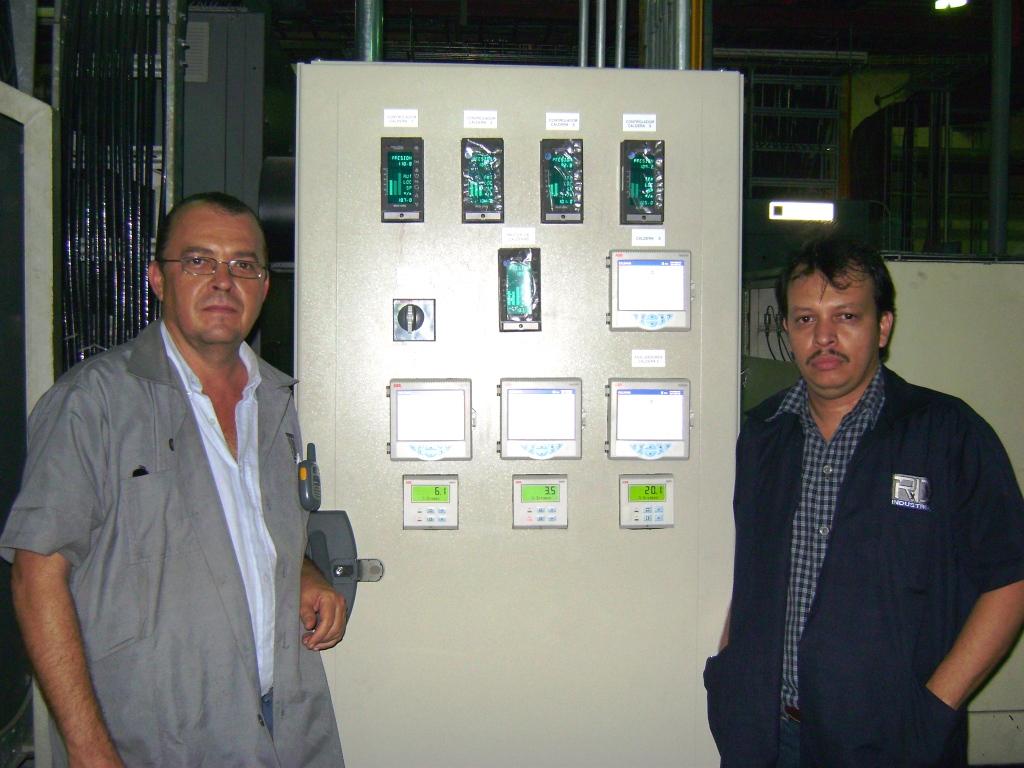 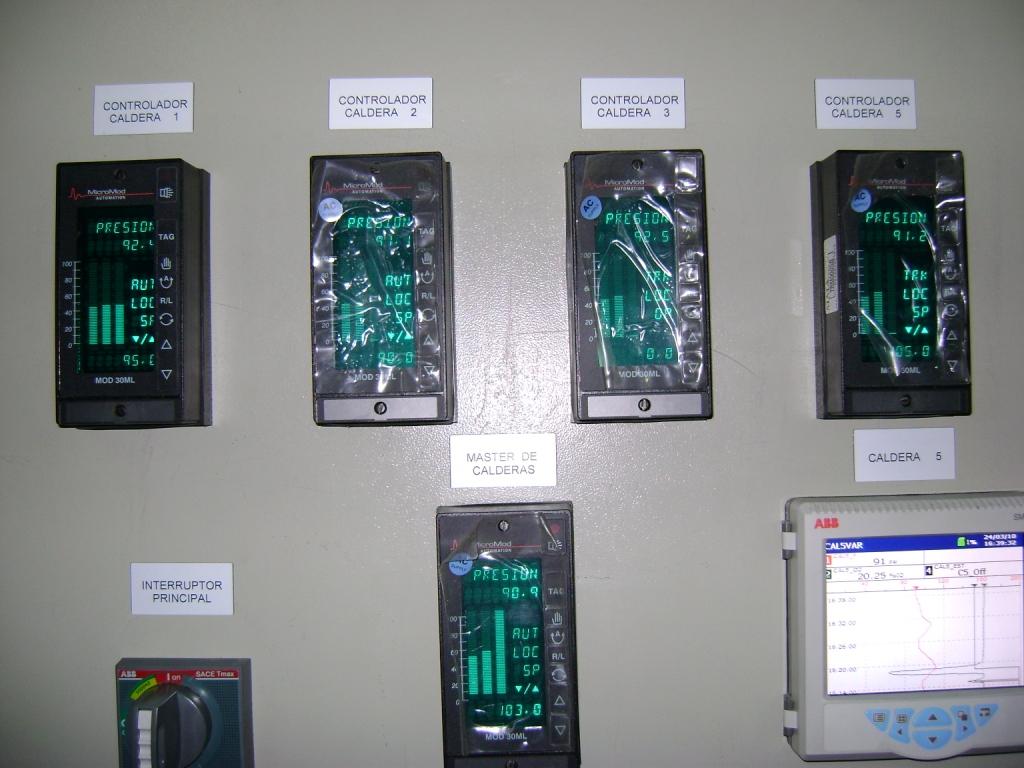 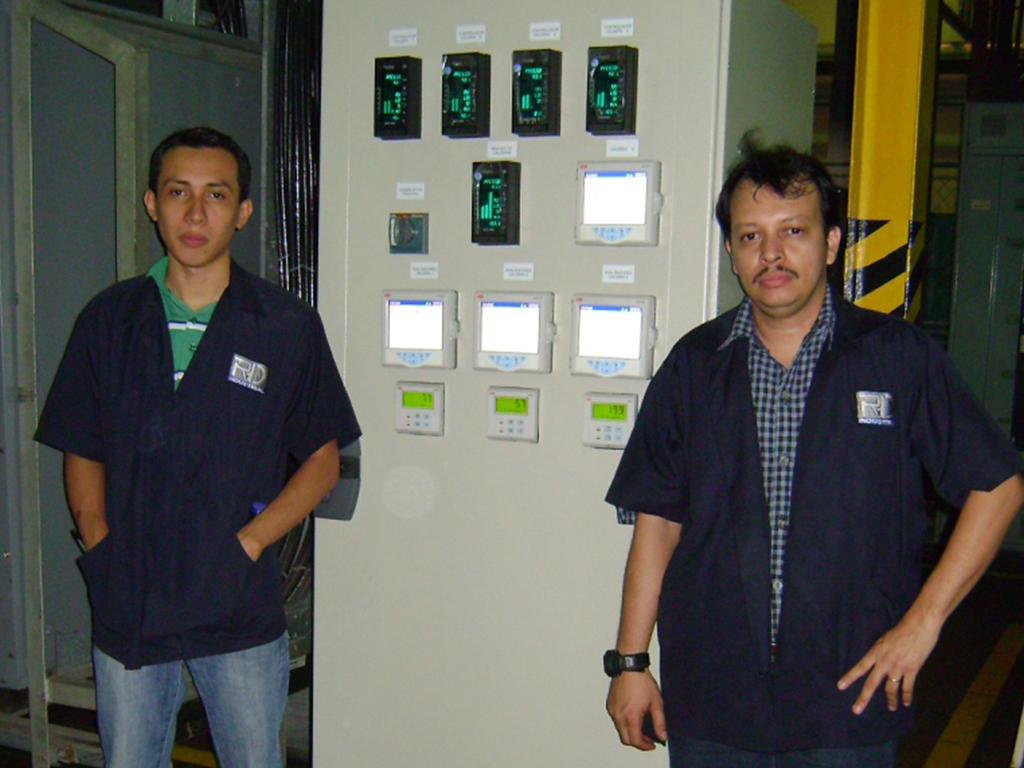 The four steam boilers at Cervecería Hondureña S.A. de C.V., a subsidiary brewery of SAB Miller in San Pedro Sula, Honduras, were operating with old on-off pressure controls supplied with the boilers. The control was very simple, moving a jackshaft connected to mechanical cams to change the fuel/air supply to the furnace in a fixed ratio. This strategy however does not compensate for variations in the heating value of the fuel or mechanical equipment wear, which can affect combustion efficiency. The only means of changing the fuel/air ratio was via manual adjustment of the cams once or twice a year.

When CCervecería Hondureña decided to upgrade these controls they chose MicroMod’s TrimPAK, an ABB O2 analyzer and variable speed drive. By measuring the excess O2 in the chimney and manipulating the VFD on the FD fan motor as well as the jackshaft, the system provides continuous adjustment of the fuel/air ratio, trimmed by the amount of excess O2 in the stack. The result is reduced fuel consumption and the environmental benefit of lower NOx and CO2.

An important feature of the TrimPAK system is the jackshaft is left intact, instead of cutting the shaft and dismantling the linkages to the air side, with the avantage not only of reducing installation cost but of providing a fallback to single-point positioning control in the even of a VFD failure — in contrast with most other traditional systems.

A PlantPAK plant master controller and a steam flowmeter installed in the common header ensure that the four boilers, each with its own TrimPAK system, operate at the optimum level to provide a continuous and constant steam supply to the brewery. Installation service were provided by RyD Industrial, and commissioning and startup were provided by ECI Servicios e Ingenería, an authorized MicroMod integrator experienced in boiler control and MicroMod systems in Central America and the Carribean region.

Engineer Dennis Sabillon, project leader for the brewery, indicates that the SteamPAK upgrade has been very successful. Production was not affected by the changeover and the operators adapted easily to the new system. The brewery is saving more than 4% in fuel since the upgrade, and smoke emissions from the stacks have improved considerably. 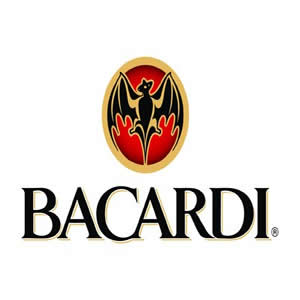 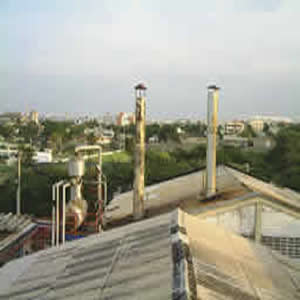 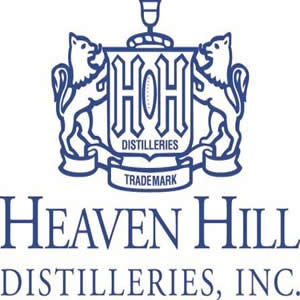