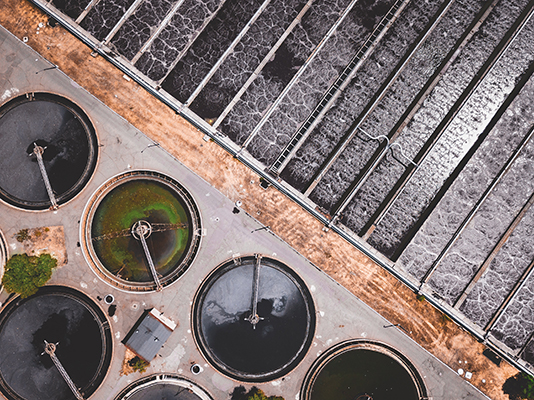 Bay Park, a 150MGD waste treatment plant in Nassau County, New York, burns digester gases to produce their own energy to run the plant. Until recently they were controlling the gas pressure using Bailey SLC (Strategic Loop Command) controllers. Not only are these units now obsolete, but they couldn’t maintain the gas pressure at setpoint. As a result, Bay Park would have to vent digester gas to atmosphere to relieve the pressure.

MicroMod and Vince Mazza of Applied Analytics visited the site and loaded the SLC configurations onto memory cartridges. Two SLC RetroPAK controllers were configured by MicroMod application engineering to duplicate the original programs, and the pre-programmed controllers were delivered to site. In just over two hours the installation, wiring, startup and operator training were completed and the RetroPAK controllers were up and running. MicroMod also optimized the controller tuning to maintain the gas pressure at the lowest possible setpoint for efficient operation.

The result was a 21-hour, uninterrupted burn which beat the plant’s old record by 5 hours. The new tuning parameters also resulted in less cycling of the VFDs, and the tighter pressure control eliminated the need to vent excess gas to atmosphere. Gene Venezio, the plant’s E & I Manager, said “this was the easiest and smoothest start-up I’ve been involved with in my 16-years at the plant”.

MicroMod and Applied Analytics are now working with Bay Park to incorporate automatic monthly lead pump rotation, which has until now been managed manually, into the RetroPAK controllers.